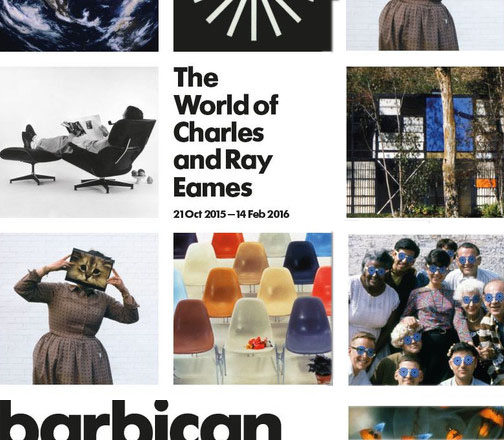 The World of Charles and Ray Eames

A new exhibition on Charles and Ray Eames traces the main steps and projects of one of the most important and versatile design couples on the twentieth century.

link to the Exhibition web page

A sketch, drawn by Charles Eames, shows a diagram of the social and professional network of the Eames Office, the celebrated design firm on which London’s Barbican Centre has hosted an interesting retrospective (soon in Sweden and then in Portugal). The diagram depicts a rather extraordinary constellation of clients and commissioners. Friends-colleagues such as Eero Saarinen, George Nelson, Alison and Peter Smithson, as well as some of north-American’s most influential corporations of the time: Pan Am, IBM, Westinghouse, CBS, RAND.
Various US Government Agencies, and of course, Herman Miller, the furniture modernist firm with whom the couple worked with for decades producing some of 20th century’s most iconic (and successful) furniture. 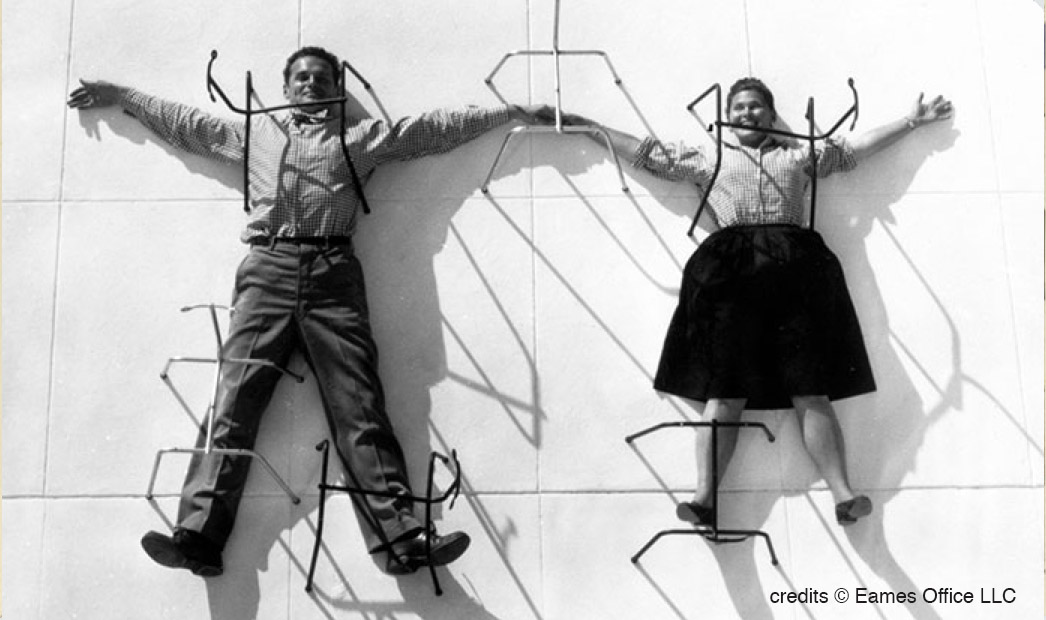 The Office itself is at the centre of this small universe.
The map non only represents an uncommon story of professional success, it is a metaphor of the golden age, that of the american society’s post-war euphoria, and of its quest for a new identity. A resourceful season that made extraordinary artistic and cultural achievements possible, in which the Eameses have been prime players. 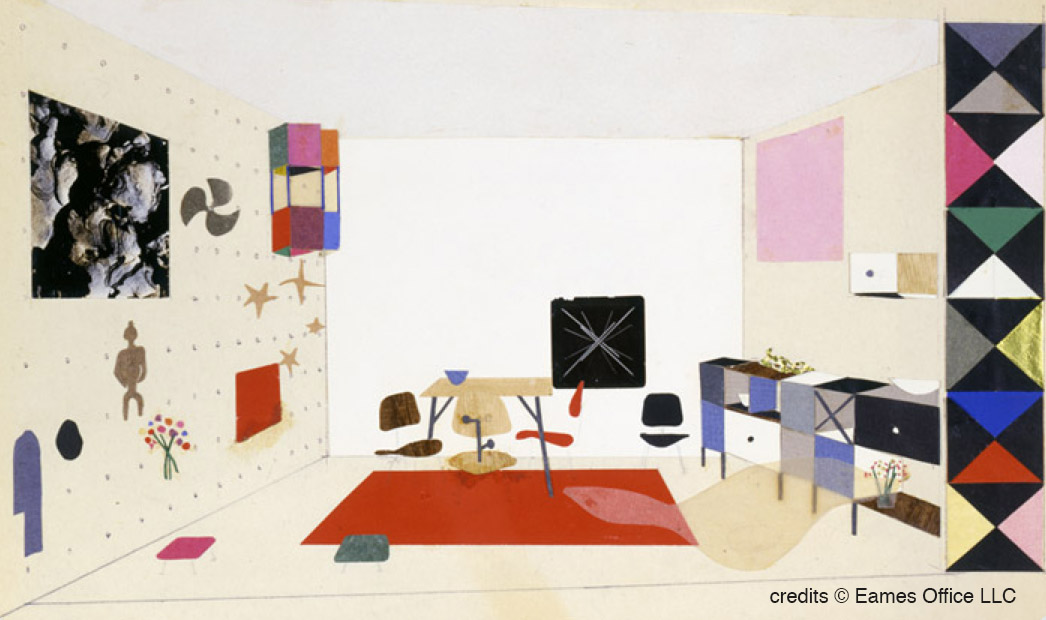 Great experimenters of new materials’ expressive possibilities, the Eames have also been key innovators in aesthetics and in the visual arts. Apart from having been among the first exponents of design in its total sphere, being capable of mastering architecture, product design, exhibit, graphic and information design, Ray e Charles Eames are still milestones for each of these fields. The Eames have developed a style that, by embracing in a slightly naive way the positivistic vision of a world in continuous growth and development, has been able to soften mass production’s modernism with a universe of ‘found’ objects, offering a model – of which their home-studio in Malibu is possibly the strongest embodiment – for an american middle-class (and industry) in search for new visions for a new style of life. 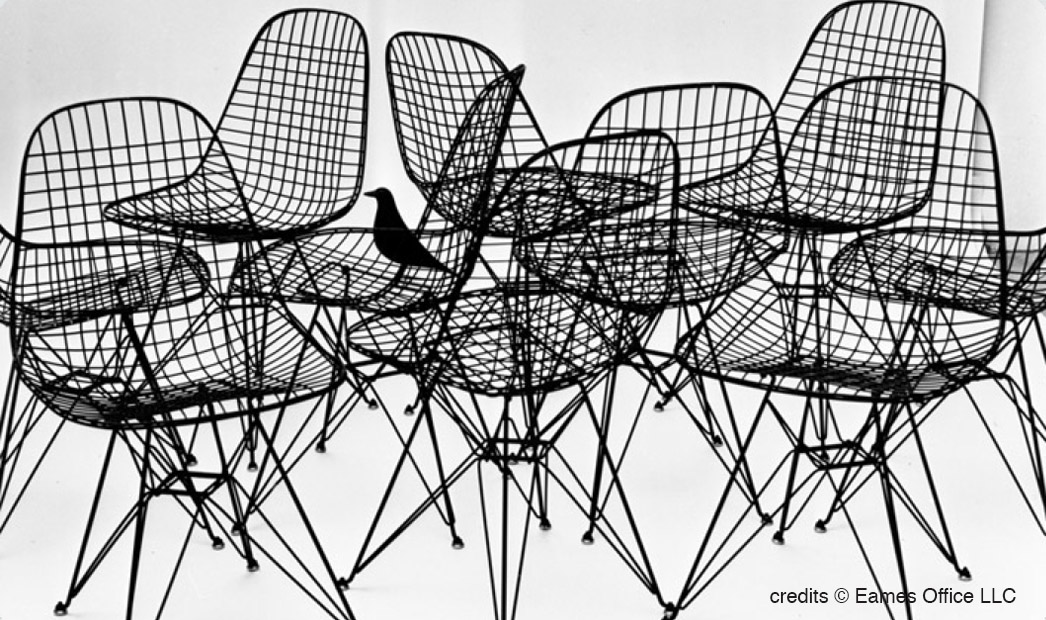 The exhibition offers a comprehensive view of the couple’s glorious path, from early experimental architecture to furniture design, of which rare and beautiful prototypes are in display; through collections of artifacts gathered in many trips around the world, taken from various folk and crafts cultures (also documented through the more than 300 thousand color slides in their legendary archive, now at the American Library of Congress); to the reconstructions of some of their most successful multimedia installations – Glimpses of the USA, Information Machine and Powers of Ten – another domain in which Ray e Charles Eames have been true pioneers.