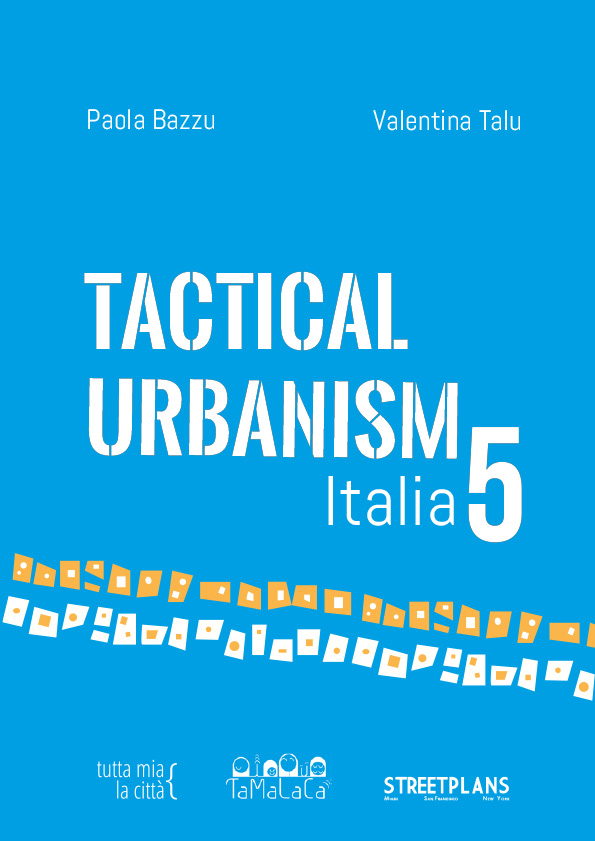 How can we combine the process of promoting day-to-day city space’s quality and accessibility and Tactical Urbanism: an approach to local urban regeneration based on short-term, low-cost, readily replicable actions and scalable transformations?

The volume is downloadable here

Tactical Urbanism 5. Italy, fifth of a series of guides promoted by The Street Plans Collaborative, an international firm founded by urban planner Mike Lydon and architect Antony Garcia in 2009, collects experiences developed in Italy over recent years by unusual networks of active citizens and advocacy planners (planners, architects, designers, artists, students...). At the core of these experiences is Tactical Urbanism, a way to grass-root urban re-generation introduced by Lydon and Garcia based on experimentation and innovation opportunities promoted in actual urban sites and ignited by the transformation energy that emerges from the explicit and latent change demands of the inhabitants themselves.

Some of the experiences presented in the volume describe the transformation of residual spaces into new public spaces of micro proximity achieved by through direct and self-construction. This is the case of PARCOBALENO, conceived and realized by VIVIAMOLAq, a collective initiated after the earthquake that shook the italian city of l’Aquila in 2009, to involve inhabitants in interactive planning processes, regenerates a residual area in front of one of the provisional housing modules installed to cope with the post-earthquake housing emergency. The project defines a “playable corridor”, built with scraps from the construction sites activated for the city’s reconstruction.

Other experiences are intentionally controversial, as they are meant to express explicit dissent to the policies of local governments. Often their goal is the reclamation of a collective use for unused spaces or buildings. This is the case of EX-ASILO FILANGIERI, a former nursery school located in a 15th century convent in the historical center of the city of Naples, that after being occupied by a group of local citizens, was turned into a center for Cultural production. The “Declaration of Civic and Collective Use”, by the city’s government as an official resolution in December 2015 is the legal tool allowing the citizens’ collective to self-govern the facility. 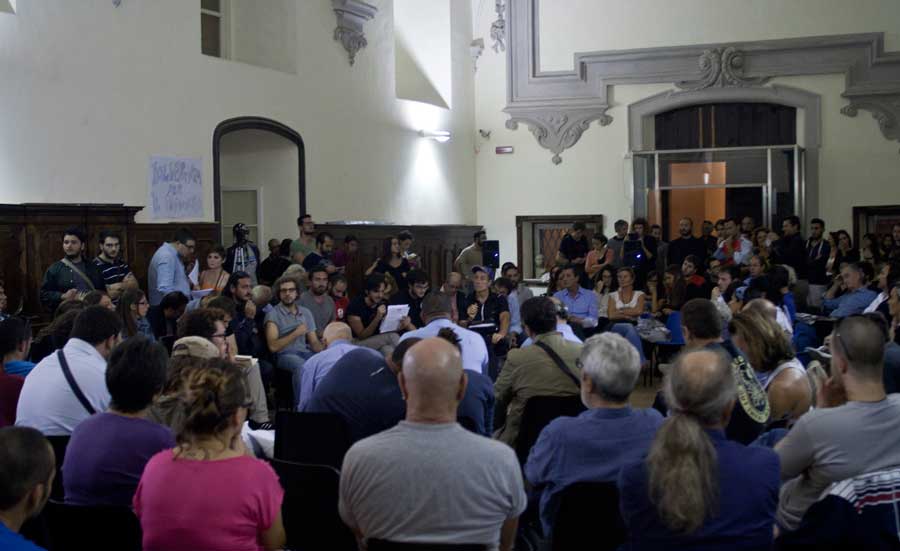 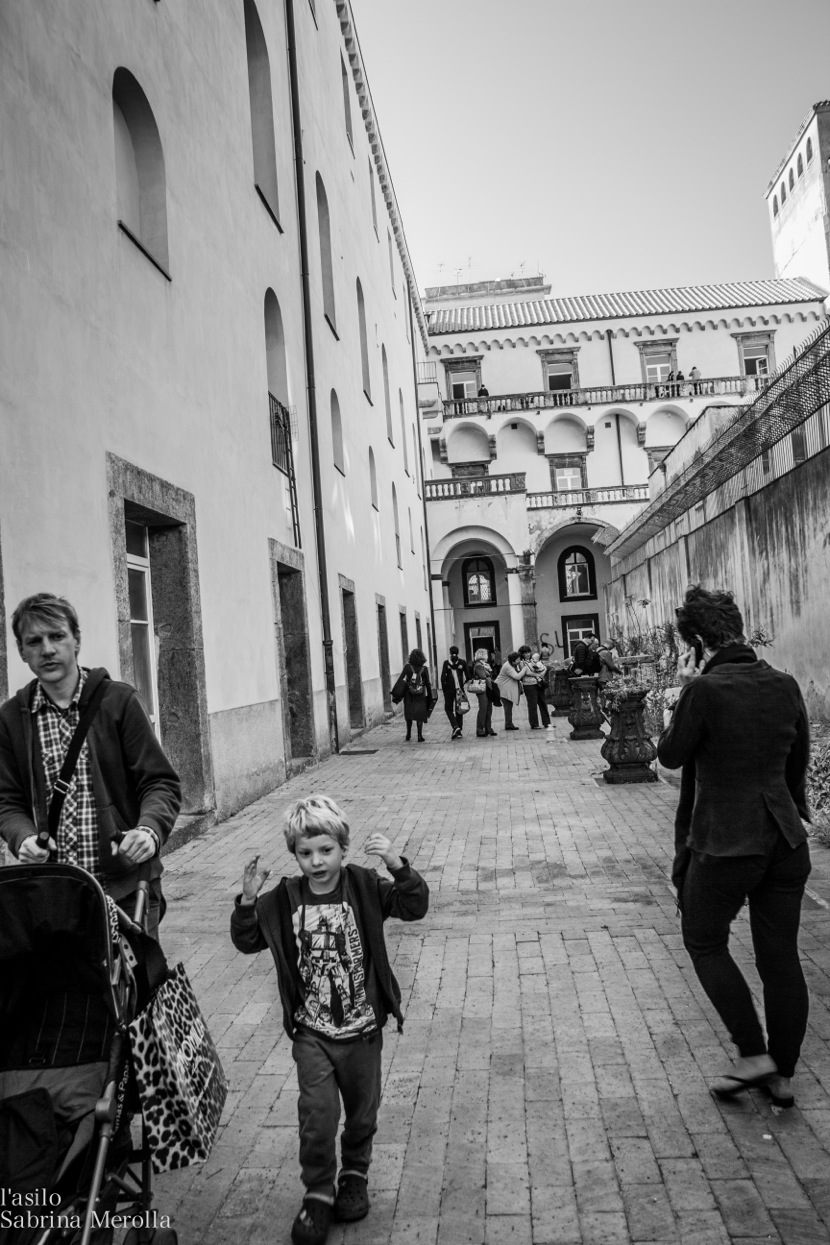 The guide’s last section presents some of the most relevant micro-tactical experiences conceived and carried out by Tamalacà – an innovative cooperative collective supported by the University of Sassari (which has taken care of the volume’s editing). Among them, IL GIARDINO CHE NON C’È (NeverGarden), a project about the re-coloring and refurbishing of a forgotten corner of a Primary School’s yard in the city of Sassari, based on the direct involvement of the School’s kids and of the guests of “Casa Serena” a near senior residential community.

Researcher and co-founder of Tamalacà

Valentina Talu, urban planner and co-founder of Tamalacà. Her activities include participatory design, policies for urban re-generation, design for promoting accessibility at various scales.
She is currently doing research work on Urban Planning at the Department of Architecture, Design and Planning of the University of Sassari. 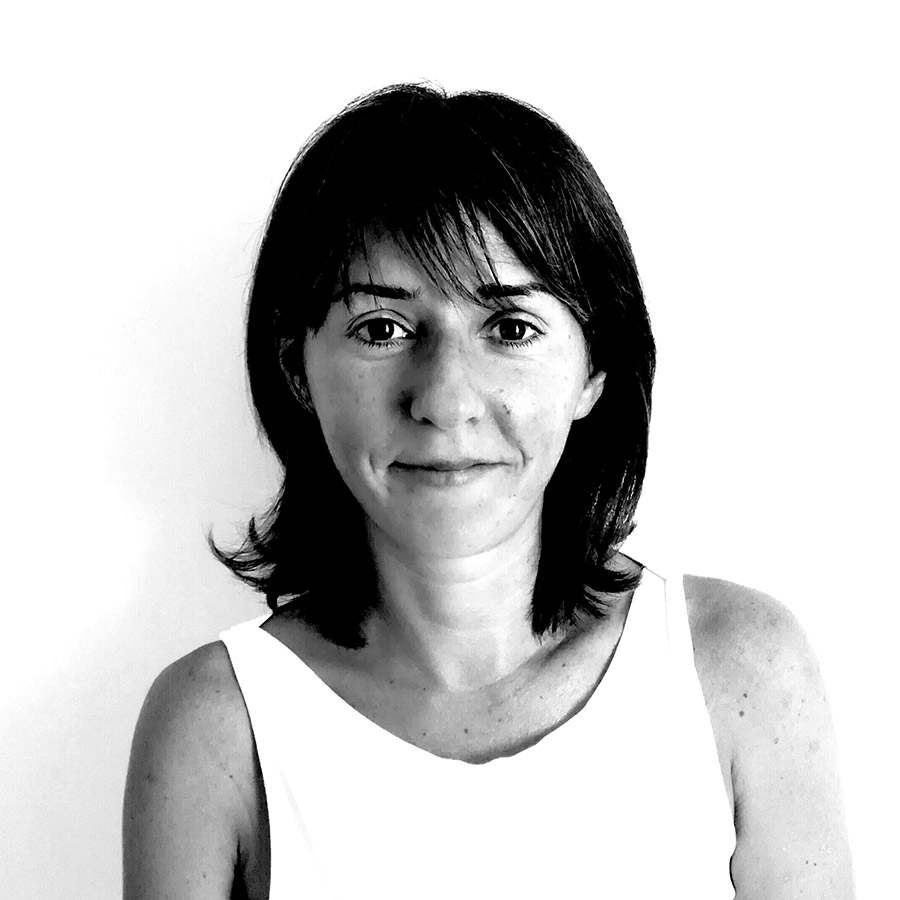